Like the Wizard of Oz, Samir Amin appeared on the wall as an enormous head, with wild white hair, and puffing on a cigar. In his gravelly voice, he barked at someone off screen ‘peux-tu fait un café?’ 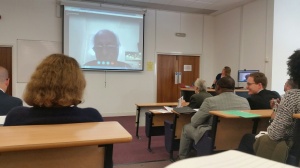 Moments later, the famed ‘creative marxist’, all the way from Senegal, launched into an excoriating and impassioned critique of ‘monopoly capitalism’, lauding the memory of the Bandung Conference which, he claimed, was ‘Non Aligned’ not in terms of the Cold War, but in regard to globalisation.

This barn-storming opener was the curtain lifter on a fantastic conference organised by Joanna Warson and Margaret Majumdar at the University of Portsmouth. The title ‘Progress, Change and Development: Past, Present, and Future’ was an evocative challenge to consider radicalism, resistance and political belief in a variety of different frames. Also interesting was the way in which activists and academics exchanged ideas. Joanna, in particular, did sterling work in organising an engaging event. 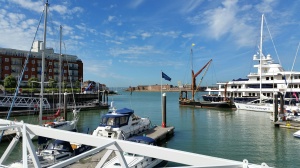 Amin called for the enactment of ‘National Sovereign Projects’, designed to counter the forces of international finance and regain some control of the nation state. I read this not as a trend countering the notion of federation, but rather limiting the unaccountability of supranational bodies. In a sense, it spoke to the notion of subsidiarity. It made me think also of ideas like the Tobin tax, and attempts to (in Tobin’s words) throw “some sand in the wheels of our excessively efficient international money markets”. I imagine Amin’s vision was far, far more radical.

I gave a paper entitled ‘The Summer of ’61: Periphery Challenges to the French State and Early Resistance to Globalization’. This was a fairly ambitious proposal, though one I’m glad I challenged myself to meet. Talking about this moment of radicalism allowed me to contextualise the direct action that emerged amongst the winegrowers of the Languedoc by looking at other examples of ‘peasant revolt’ in Brittany. It brought me to consider Breton radicalism in much more depth than I had done before. There was a Portsmouth connection: one of the key figures, Alexis Gourvennec, actually founded Brittany Ferries, who dock in the port and have a large office there. 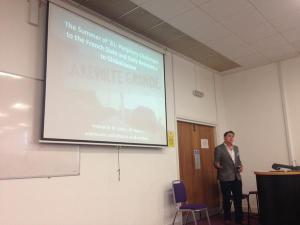 More exciting, was the fact that I spoke on a panel with Jacques Sauvageot, one of the 3 leaders of the May 1968 Student Movement in Paris (alongside Daniel Cohn-Bendit and Alain Geismar). He cut an iconic figure, decked out all in black, and sporting a black fedora. He gave another ideologically passionate and inspiring talk entitled: ‘Pour un réformisme révolutionnaire’. This looked, in similar terms to Amin, at the emergence of popular movements founded on ideas of challenging pensée unique, and fighting against the notion that there is no alternative. It was exciting to meet Jacques, and I was a little star-struck (and accordingly garbled) when I asked him about how he viewed some of the Parti Socialiste Unifié campaigns, and the interaction of Peasant revolts with mainstream left politics of the age. 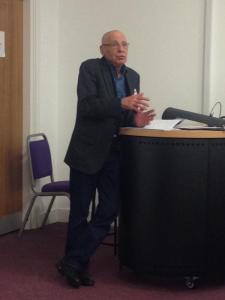 (My focus on Sauvageot is not, I stress to diminish my enjoyment of seeing my other panel member, Brian Sudlow, again! He has, as yet, however, to become one of the leading activists in contemporary French History. We’ll keep our eyes peeled! Brian’s paper on forecasting in the 1964 ‘Réflexions pour 1985′ was particularly interesting, and speaks to much of the work I’m currently doing on ‘colonial futures’.)

I went to a number of other interesting papers over the two days I was able to spend at the conference. I chaired a panel on ‘Migration and Diasporic Space’ that features a number of people I was delighted to see again. Ed Naylor spoke again on the ‘Arenc affair’ of 1975, looking at how the French state coped with migrant detention and expulsion. Louisa Zanoun and Daniel Gordon spoke about the historic and continuing work of the excellent NGO for which Louisa is Head of research, Génériques. They have a lot of great resources on their website, dealing with migration in France and the complexities of identity for immigrants. It is available HERE. Charlotte Lydia Riley and Anna Bocking-Welch both spoke on the idea of Development in Britain, looking at how ideas of aid and development helped both the nation and specific political parties define their identity and their mission. Ryo Ikeda spoke on the same panel, detailing the complex way in which Tunisian independence paved the way for a wave of colonial reform (as outlined in his recent book, The Imperialism of French Decolonisation). Likewise, there was some great work on the long 1960s, with Chris Reynolds, Manus McGrogan and Sharif Gemie all speaking on various aspects of the movement. I was interested in particular to hear about the way that Chris has been knitting the narrative of 1968 in Northern Ireland back into the ‘international’ narrative, doing some sterling work with the Ulster Museum in Belfast. 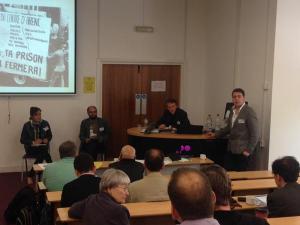 The conference, overall, left me with a number of enduring themes. In particular, I was interested by the way that space was an important factor. Spaces of contact and spaces of competition all governed the ways in which ideas were taken up. Selma James (Global women’s Network) spoke about Ujamaa in Tanzania (a form of communitarian socialism, or ‘tribal socialism’ as James termed it, based on the policies of Julius Nyerere), and how its adoption was. Yet, in questions, we discussed how these ideas transcended place, looking to examples like Fanshen in China. I was also put in mind of Charles Fourier’s Phalanx based community structures, and the ways that these alternatives throw up radical and challenging ideas that work against complacent assumptions that we are in a fixed historical period in which change can only be marginal. This spoke to another key theme of the conference, that of narratives. Many of the activists involved were concerned with challenging the assumed narratives of the age (be it currently, or in past experience), and many of the academic speakers, were concerned with challenging and creating new narratives that gave greater insight into historical processes.

Samir Amin quoted graffiti he had seen recently sprayed on the walls of Cairo: “The Revolution has not changed the system, the revolution has changed the people”. In the Egyptian revolution (and all its subsequent turbulence) we can see many of the ways in which the interaction of spaces and narratives, addressed throughout the conference, offer us a vision of modern radicalism. In any fight for political ground, the messages and the narrative can seem all encompassing. Yet, in reality, it seems to me, that whilst the realities of power structures remain in place, the rhetoric of radicalism remains only a seductive distraction. Amin talked about how social movements create real change, and this seems an important point, highlighting again the strength of civil society to drive progress. Importantly, however, civil society needs to demonstrate vibrant action and not simply become a forum for espousing mutually agreeable slogans. In Egypt, the passionate and inspiring slogans of the Revolution, caught up in the fervour of an explosive moment, eventually gave way to an equally constrained political space, under the SCAF government. The walls of Cairo tell a different story, it seems, from the corridors of power. The message in this, perhaps, is that Progress, Change, and Development are an important three point programme. The messages of progress and change cannot be divorced from the messy work of development, in all its varied forms.

(The first 2 photos are my own, the later 3 are borrowed from the @UOP_Francophone Twitter account, taken by Joanna Warson on the day)

One thought on “Progress, Change and Development Conference – June 2015”